*Warning this post is super long! But it has a bunch of great pictures!*

If you missed my first part of our vacation check it out here!

So I left off by telling you guys that we went to EPCOT for the day with his Aunt and Uncle. We had so much and loved being the ‘tour guides’ for them! 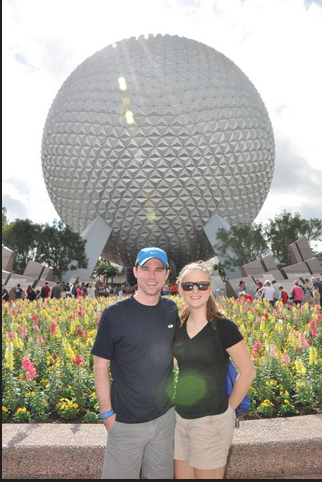 After riding Soarin’, B and I headed out to our pre-marathon dinner. We ate at place in Downtown Disney called Earl of Sandwich. One of our all time favorites to eat at when we vacation in Disney. 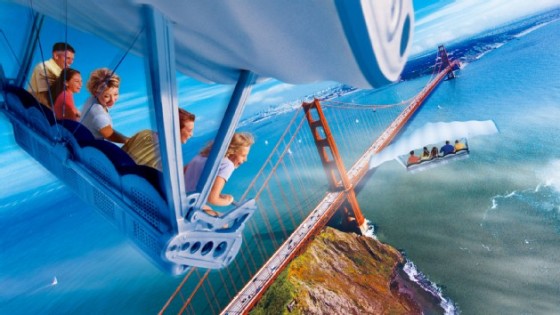 We were so hungry at this point B ended up ordering 3 sandwiches (Spoiler: it really helped him!)!! Don’t worry I just ordered 1! 🙂

After making it back to our room around 8 ish we were able to fall asleep by 9 ish and were up bright and early for the 3 am wake up call. We both agreed we felt really well rested especially sense the night before we had very little sleep!

I started to get dress right away while B got a quick shower. I also started to drink a warm cup of coffee. This is my secret to races, I need this caffeine in order to be awake for such a crazy race start time!

We had everything laid out for the next day so it was super easy to just put on everything grab our bags and head out the door. B was looking nervous (it was his first full), I just wanted to keep his nerves calmed so we talked about what we were going to do after the race and how great it will be to both be a marathoners!

We took the bus ride over to the parking lot of EPCOT and started our stretching and eating! OMG it was getting so close! I was feeling really great and super excited to be there this time with B and to do this race together! My legs were feeling great, my stomach was feeling good, B was feeling awesome and the weather could not be more perfect!

*Check out that jacket! I love this for running early morning or late night! Check out the review here!

Walking to the waiting area! Getting Excited!

Oh how wrong I was! 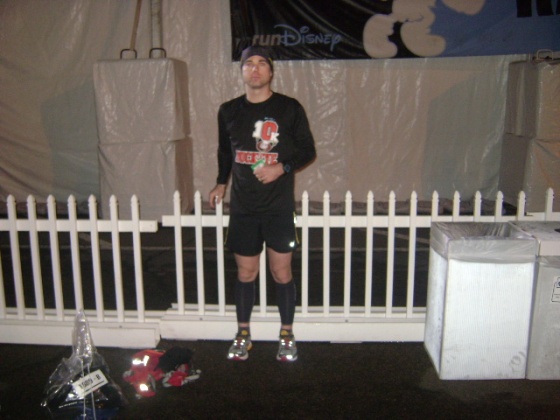 Eventually they called coral E, and B and I headed over (he was in L). As we made our way over I started to feel a little something in my stomach and I made a quick porta -potty stop. (TMI :))

B and I eventually had to split because of our corals and I gave him a big kiss and wished him the best of luck,  I knew  he was going to do awesome!! (At this point we both figured I would be finishing first and B would be about 1 hour behind me.)

Finally making it to my coral (it is about a mile or so walk to the corals) I sat down, stretched some more and turned my music up loud!

Looking down at my watch I realized that we had  about 10 minutes until start time and the only thing I could think about was how B was doing, where had he lined up in his coral, if he was listening to music or people watching. I was so nervous for him, I have no idea why, because I knew he was going to rock it!

They do huge firework display for each coral, so I was able to count when B took off! 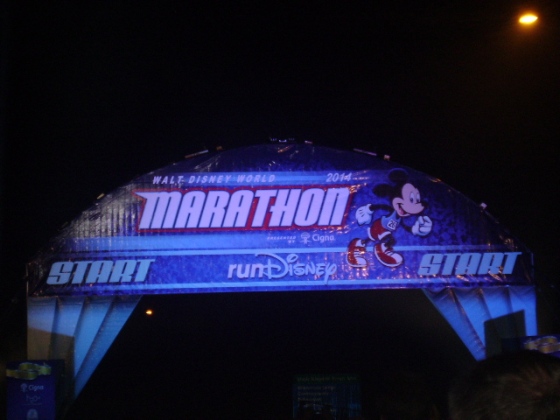 2-5: I started to feel a lot of pain in my stomach and my legs started to feel super heavy. Excellent. 21 miles to go and feeling not so great. Around 2.5 I had to stop and walk because my legs were  so heavy feeling, it felt like trying to run after doing a marathon.

This is when I had a mini pep talk and told myself that I needed to just have fun, stop and walk when I needed to and take as many pictures as I wanted. I also used the restroom around mile 4, for the 2nd time.

First picture, while on the course!

5-9: I decided I wanted to see B once I had entered Magic Kingdom, he was many corals behind me, but I figured if I took my time I would be able to catch up with him sooner or later. In the meantime I took a lot of pictures and tried to keep a 1 minute run, 2 minute walk. This is how much pain I was in, it was unbearable. I might have even cried just a tad when I was leaving Magic Kingdom, but I kept fighting! 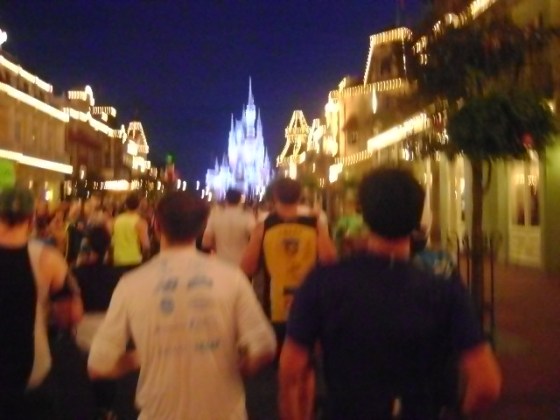 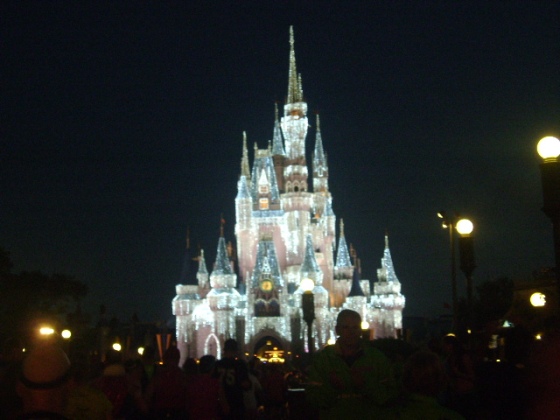 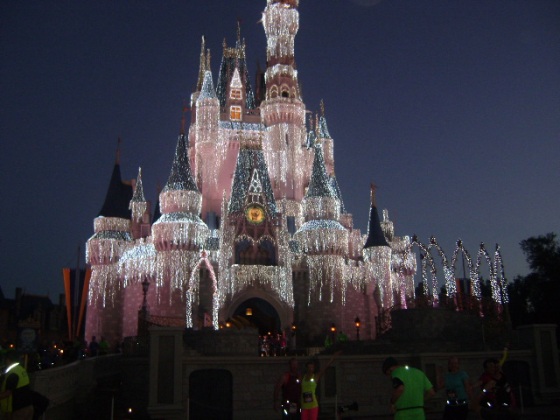 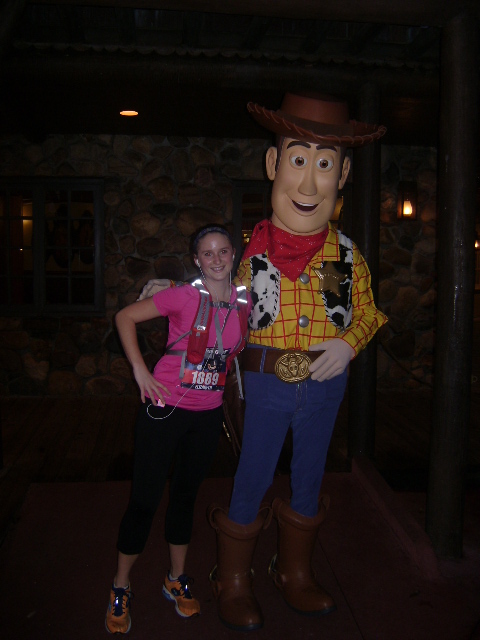 I use to work here! 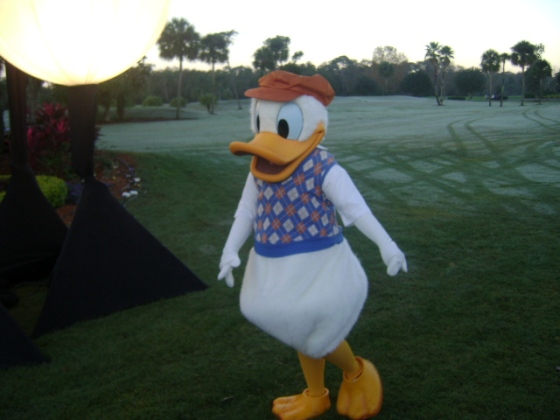 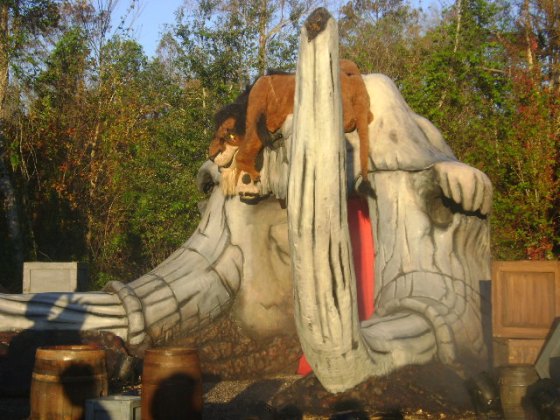 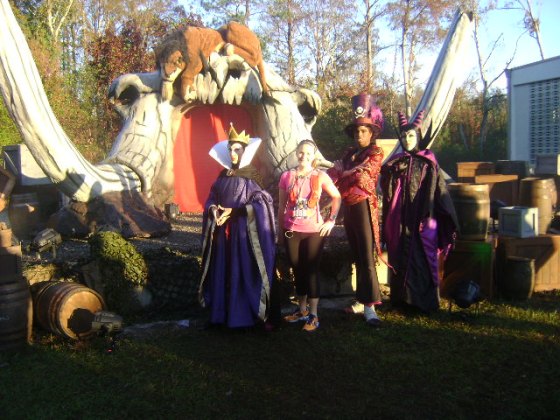 As I am at this picture…

A man taps me on the shoulder and asked if I was doing the run/walk routine, I told him I was and he asked if he could join me. YES, YES you can join me please join me!!! This was at mile 10, he was seriously the best thing that happened during this race!

About a mile after meeting him I ran into B, THANK YOU!! He was having an awesome race and I did not want to stop him and now that I had met my friend (we will call him JJ), I felt a lot better. I knew that I had 3 more parks to get through plus ESPN center, so I just kept plugging a long, stopping when we wanted to get pictures and keeping our 1/2 routine. 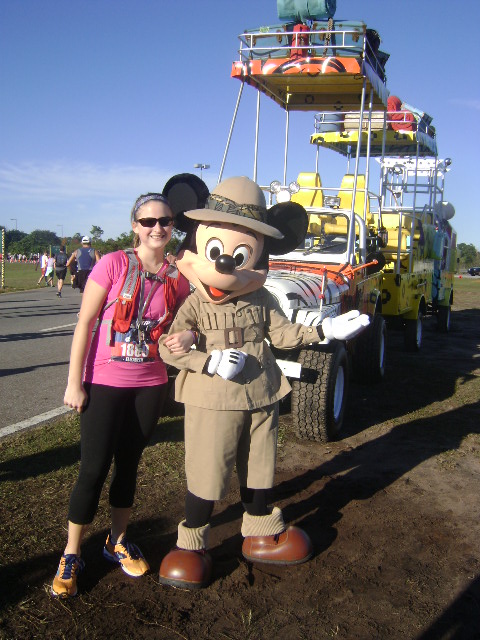 12-20: I might have been smiling in these photos, but I was in a lot of pain. My stomach was a mess and I was having to stop every 2 miles or so to use the restroom and my legs were so heavy that I was not sure how I was getting the running or the walking part to happen.

JJ, was awesome. We talked about everything from family and Disney to running and my GI issues. He kept calling me his daughter from Ohio (he was 46 years old!). He got me through that race and I credit the whole race to him, I would have given up many miles ago, but because I had him I kept on going.

Eventually I told him at mile 20 to go ahead because it had become clear that I would not be able to run anymore. Once we had parted I really took my time and took many breaks (restroom and walking). Only 6.2 miles to go.

20-26.2: These were the hardest miles of all. I could not understand what was going on. My legs were on fire. I finally got to an aid station and rubbed a ton of Bio-Freeze on my legs I was taking Advil and stopping at every aid station. 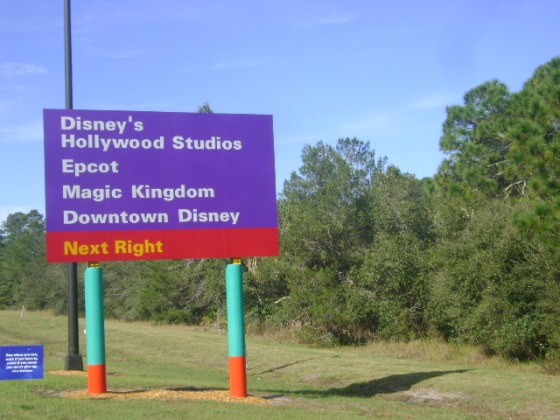 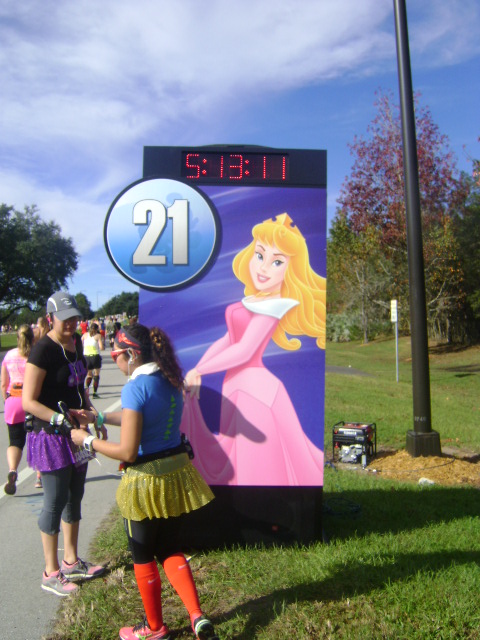 When I got to mile 22 I started to think what time B had finished in. I started to worry he was worried about me. I also thought it was a good idea to try the dark chocolate they were handing out because I was really craving some food, not my gu’s but really food. Right when I put it in my mouth I ran to the trash can and got sick. My stomach was not going to have it. 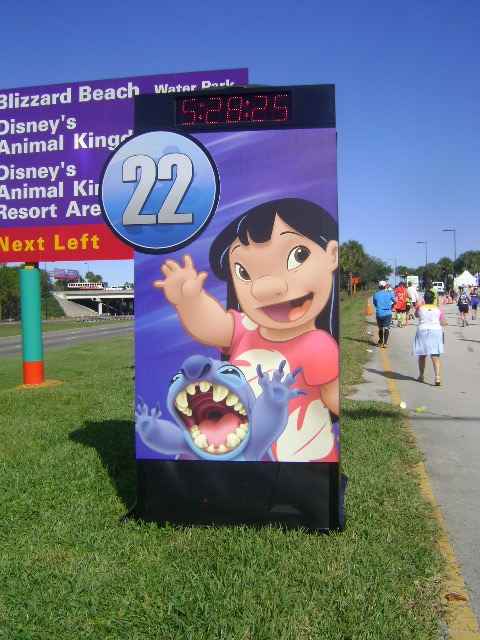 The medic came up and told me that I should stop and just give up. I just looked at him weird and said no way, only 4 miles to go. He kinda shook his head and walked off. I knew I could finish even if it was going to take me forever!

Around mile 24 it sunk in that I was going to finish this! I started to run a .10, walk a .10. This really made the distance go by fast and I also knew that I just had one more park to go through. My favorite.. EPCOT!!

The above picture was my last character picture and I waited in line for about 10 minutes. Maybe not the best idea sense I was feeling pretty light headed, hungry and tired. I knew the finish line was close at this point !

Once I crossed that finish line, I booked it to try and find B. I needed to see him and see how he did! He ran the marathon in 5 hours and was super proud sense his training did not go very well. I was so proud of him!! I started to cry once I saw him and just realized that even though the race was hard, I was more proud of B than anything!! 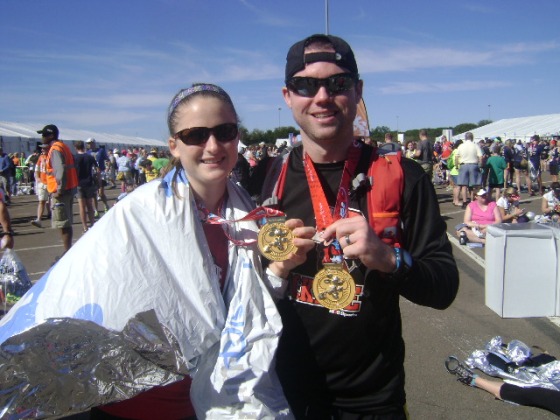 We booked it back to the room to get some much needed food and rest….

Part 3 to continue and finish up the series!