Wow, it has been forever sense the last time I have posted!! I have been craving a post!

B and I have been super busy with work, figuring out living, and eventually moving into a new apartment! We have also been couch hunting and trying to find a few more items that are needed in our new apartment. Once everything is put into the right places and the apartment is looking good, I will do an apartment tour!

Aside from the fact that the school did not work out for B and I, we still LOVED Charleston that was the toughest part of not choosing the school, the area is amazing. If you have never been I would highly suggest a visit in the future!

After the nightmare on Wednesday B and I decided to treat the trip like a vacation, this allowed for us to relax a bit more and just take in the sites and sounds like a true tourist!

We checked in at our hotel, cleaned up and made our way to the historic part of the city. We walked around for a few hours, taking in the sites, reading all the cool history about the city and taking many pictures. 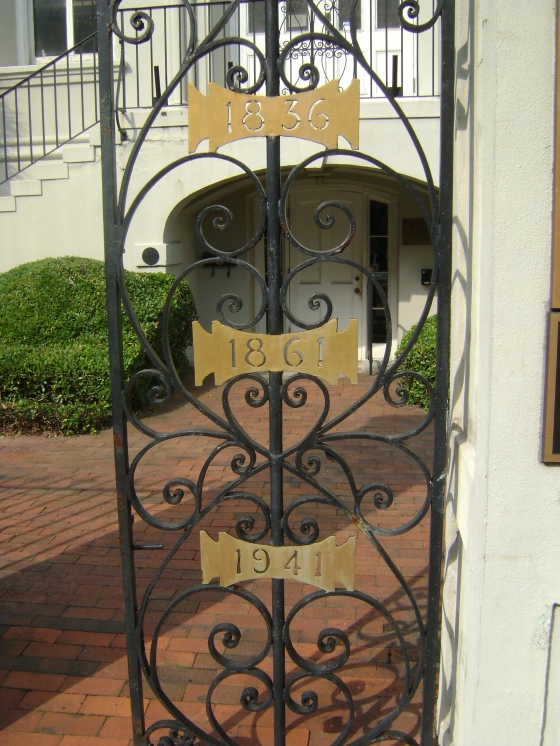 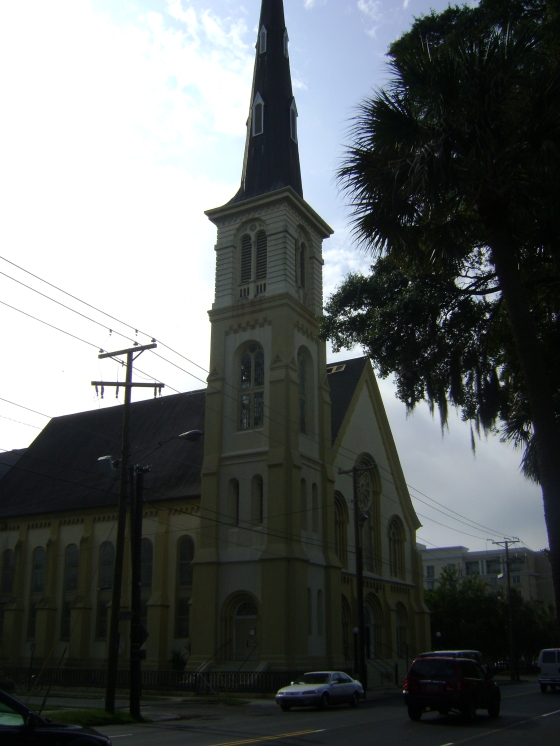 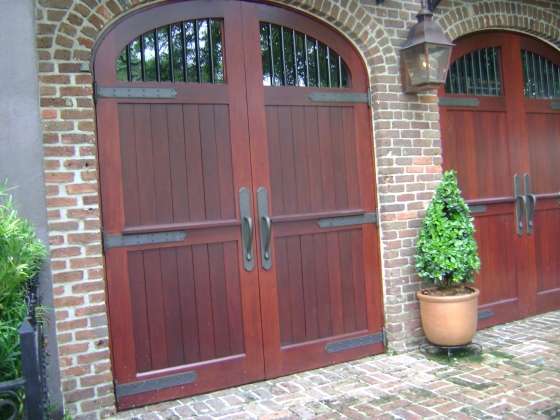 We loved walking down rainbow row and imagining ourselves in the homes and what it would be like 100 years ago to live in one of those homes. We walked down by the Battery, which is the point of Charleston and watched all the big ships come in and out of the rivers. By the time 6 o’clock rolled around we were STARVING being up at 2:30 in the morning really works up an appetite! We really wanted seafood sense we were so close to the ocean, and being down south seafood goes hand in hand! 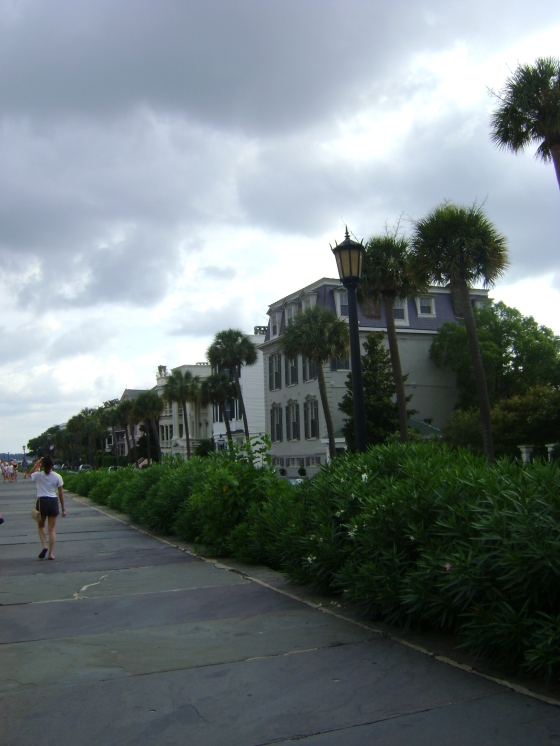 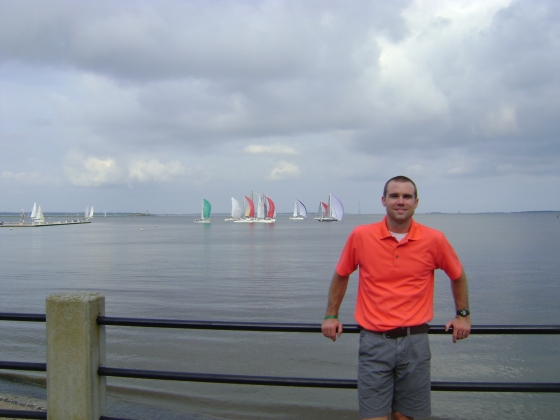 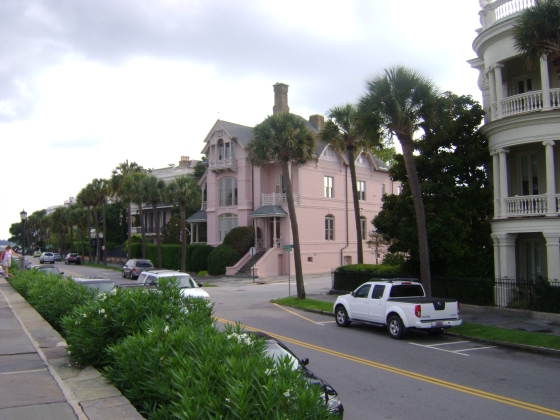 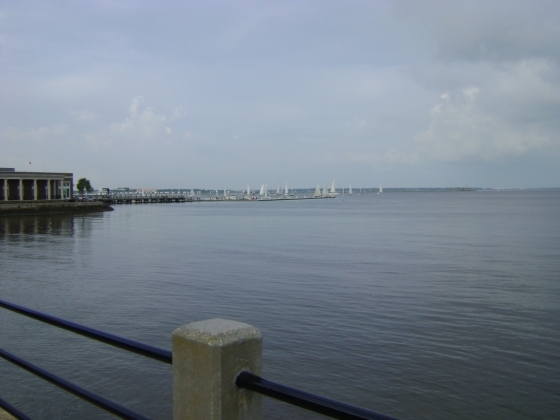 We found this place called Aw’ Shucks. If you ever go to Charleston, I highly recommend this restaurant, you can sit inside or outside (we choose outside) and if you are outside you sit right on Market, which is one of the most fun streets in the city! 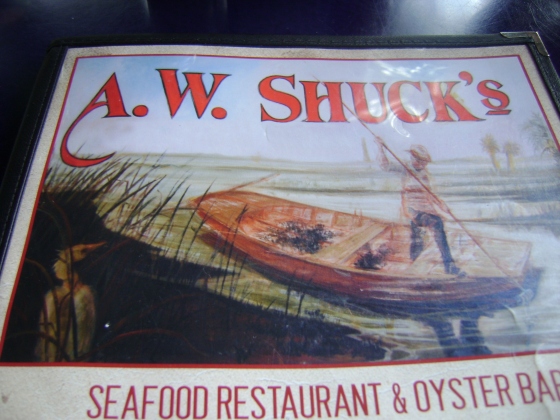 We started with peel and eat shrimp and I had a mixed drink with vanilla vodka, pineapple juice and some mango concentrate stuff, it was delicious! For the main course I had Oysters on the half and B had fish and chips.

Sipping on some much need alcohol!

If you like fish and chips I would highly suggest getting these. I never tried them (not really my thing), but B said that they were the best fish and chips he had ever had. And let me tell you he has had a lot of fish and chips! The batter was a beer batter and it was thick and fluffy, never really touching the fish and it made the fish so moisture and scrumptious. The fries were amazing as well, which I can say, sense we had to order a second batch because I could not stop eating them!

We ended the night with going to Folly Beach, which was about 12 minutes from our hotel (about 5 minutes from the historic district). B had never been to the beach before so watching him run into the ocean was one of the best sites! We took a nice long beach walk and then walked up on the pier. 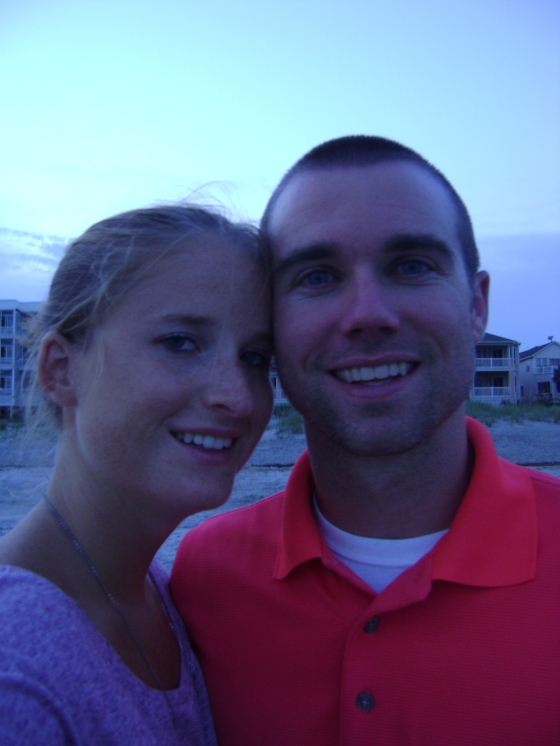 By the time we arrived back to our hotel it was past 10 and we were so tired from the day. We had been up for 19.5 hours and were ready to crash.

The next day was just has fun and I can’t wait to share it with you guys tomorrow!

When and where was your last vacation?

Who has never been to the beach before?!